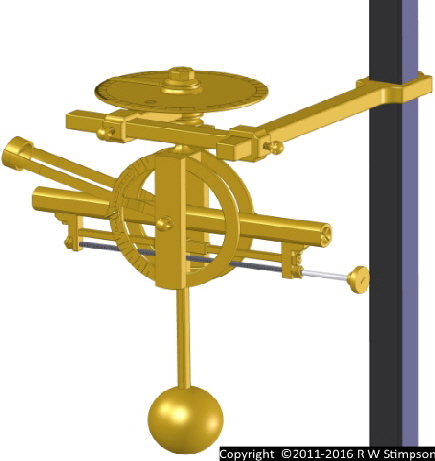 All of these parts are made from brass except the two ground silver steel location pins seen in the centre of the photograph. Side bars are 1” x 1/4” brass bar. when reviewing the original 1832 plans I wondered why the bases of the side bars were flat - see below - now I know: It will not stand upright during assembly if they aren’t! 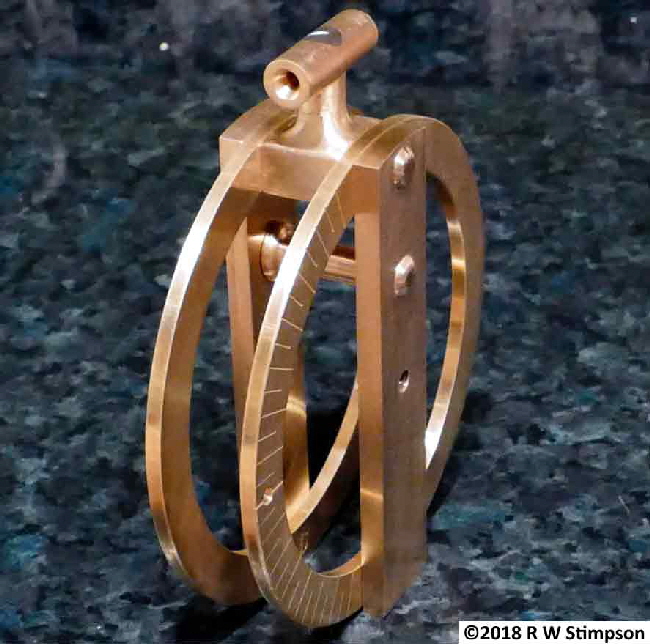 In September 2015 the author started to construct a full-size metal functional replica of William Kennish’s Marine Theodolite. What is most exciting about this activity - effectively experimental industrial archeology - is that it is actually being undertaken at the William Kennish Engineering Centre workshops by way of Night School / Evening classes! This is only 18 x 3 hours per year!

The modern CAD (Computer Aided Design) model rendered as figure 96 on page 182 of the book is actually a fully designed Solidworks CAD model of approximately 50 components. To give an indication of scale, the counterbalance ball is approximately 2” or 50mm in diameter. The vertical support post is 1¼” square.

This scale was based upon the sizes of existing marine navigational instruments and telescopes of the period which are on display at the National Maritime Museum, London.

As this model is developed further photographs will be added and the viewer can compare these parts with the images on this site or in the book of the first version of the Marine Theodolite, which was detailed to the Society of Arts, Manufactures and Commerce in 1828 (published in 1832). 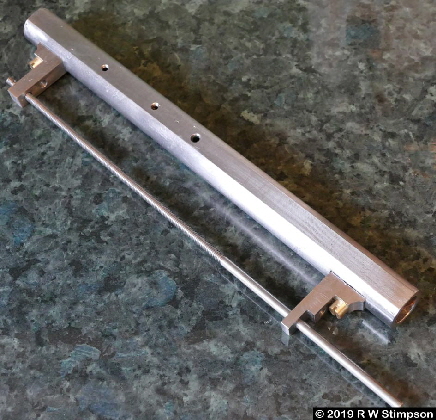 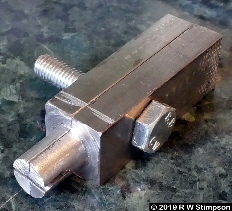 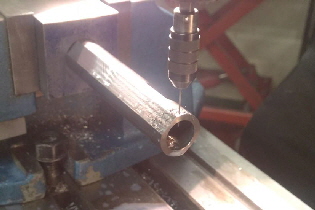 Work completed up to Spring 2019

This part of the web site has also been updated to now show the development of the full-size working replica Kennish Marine Theodolite over the intervening years.

Each winter and spring term was 9 evenings of 3 hours - so 54 hours work per year.