William Kennish’s major achievement was the invention of the 1828 Marine theodolite which allowed his “Method for concentrating the Broadside of a Ship Of War...” to be so successfully trialled.

The “Method” also included the breast-pieces and quoins to set the unique angle of the guns on each deck and station to a common focal  point to concentrate the fire. Details of the replica constructed between 2015 and 2021 can be seen here.

His patented hydraulic motor turned water pressure into rotary motion and was in use in the USA and UK up to his death in 1862. A replica of this is now under construction, having commenced by the author in 2021 at the William Kennish Engineering Centre in Douglas, Isle of Man.

Description of the method for engaging a battery

Description of a fuze

Method of drowning the magazine of a ship of war – 1838

Linking the Calf, Thousla and Kitterland to the Manx mainland – c.1846

The ventilation of hospitals by the hydraulic action of the tides

(detailed in a letter sent to the Liverpool Hospital Board 1849, prior to his emigration)

Articles in the American Railway Review of 1859 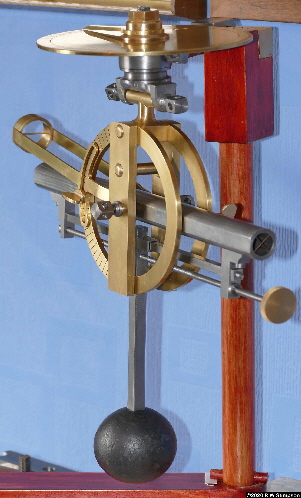 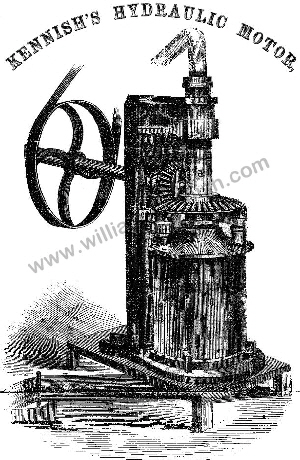