This site provides some background information on this remarkable self-taught inventor and explorer, and explains the unique links he provides between the early development of what has become the gun turret, the construction of the Statue of Liberty and location of the Panama Canal. Revealed also is the curious link to the English author PG Wodehouse and his heroines!

Kennish took naval warfare out of the “Pirates of the Caribbean™” era of Broadsides and into precision gunnery, the likes of which had never been seen before.

He invented the first centralised warship gun command system - now used by every warship afloat with a modern computer and radar based core operations control area.

This was independently confirmed by Lt Commander (later Admiral) W H P Blandy, US Navy, in the report Director Fire a Century Ago published by the US Naval Institute, Annapolis MD, July 1920 Vol 46-7-209 pp1089-1095.

William Kennish was born in Cornaa in the Isle of Man in 1799, and joined the Royal Navy in 1822 after being rebuffed by his sweetheart.

Initially unable to speak, read or write English and knowing only his native Manx Gaelic, within 7 years he had risen through the ranks to become the master carpenter to the Mediterranean Fleet.

JANUARY 2022 UPDATE: A replica of William’s Hydraulic Motor has been started. 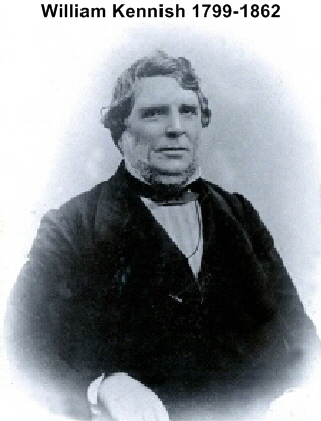 THANK YOU! To everyone who contributed to the appeal

Following a public fund raising appeal in the lsle of Man, the UK and USA, on 19th March 2017 a memorial stone was placed on the previously unmarked final resting place of William Kennish, in Green Wood Cemetery, Brooklyn NY. This was the 155th anniversary of his death.

The Manx granite stone was shipped by Cavalier Logistics from the UK to New York, and the dedication eulogy ceremony above was attended by the President of the Manx Government Mr Steve Rodan (3rd left) and the Deputy British Naval Attache, Washington DC, along  with Kennish descendents and a representative of the North American Manx Association (1st left). 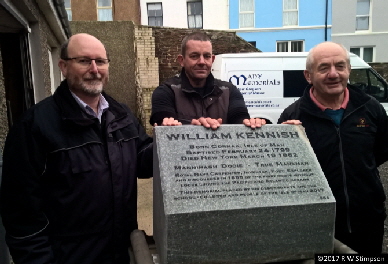 This photo of the finished memorial was taken on Saturday 18th February in Peel at Manx Memorial’s Yard, prior to it being crated up for shipment.

See the photos of the ceremony HERE!

For details of the very special thanks given to organisations who assisted us please see here. 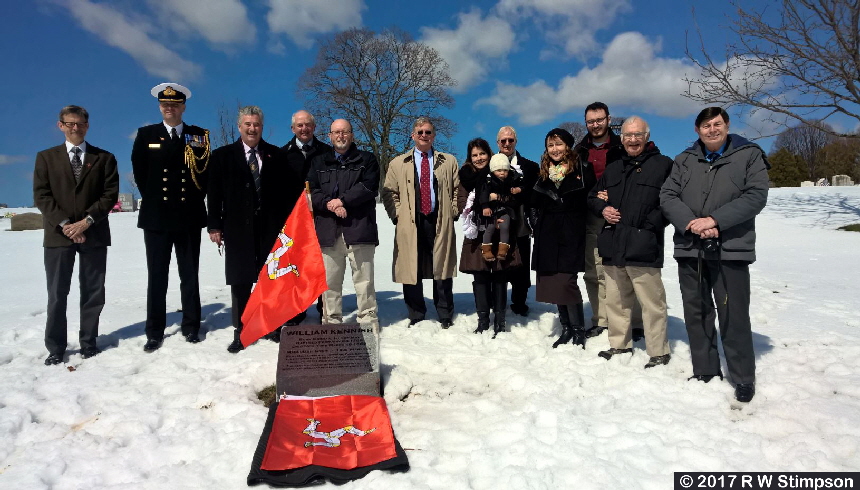 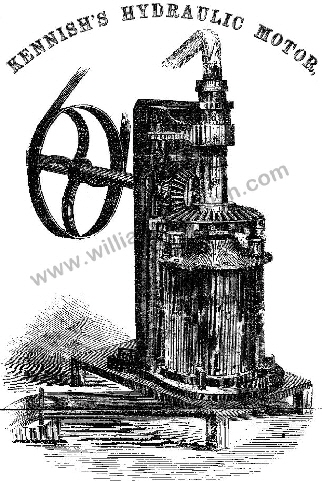 January 2021 For details of the completed replica theodolite see here

6th April 2019 - William Kennish to appear on stamps commemorating the 200th anniversary of the birth of Queen Victoria! See here

JUNE 20th 2017 Tynwald, the government of the Isle of Man unanimously elect William Kennish to the  Manx Patriot’s Roll of Honour.

The  Manx Patriot’s video also can be seen here.

The NEW MEMORIAL to William Kennish was placed and dedicated on Sunday March 19th 2017 at Green Wood Cemetery, Brooklyn, NY.